This is the first of three posts that I commit to do before the end of the year. I want to discuss some of the things that we have been doing over the past year. Then, I will complete my annual evaluation of the top 10 accomplishments for digital government in Utah for 2014. I've been doing this since 2002 when I first started to blog and I'm not quite done. Finally, I want to look ahead at 2015 and discuss some of the technologies that will be critical to the future of digital government, not just in Utah, but anywhere.

There is so much more great content available about digital government now that I don't spend time generating as much of my own. And the range of activities that digital government has evolved into has grown. Open data, internet of things, cyber security, etc. are all critical components of what we have to include going forward. At the state level, this covers a tremendous amount of territory and without new resources we have to be increasingly efficient in the way we do things. Here in Utah, with one of the fastest growing populations in the US, most new dollars go to education, where the demand is the greatest. 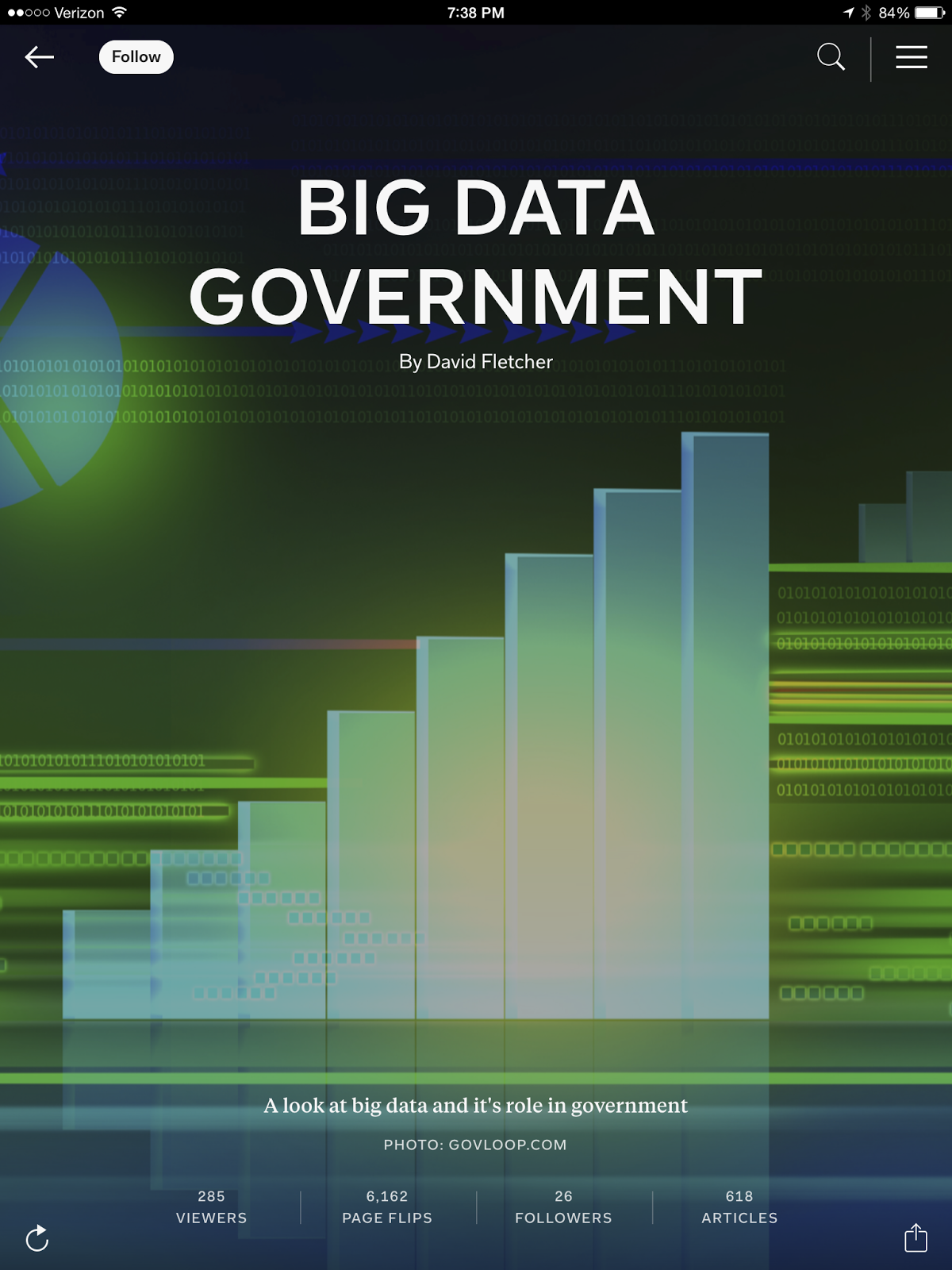 Big Data is one of the areas where we really need to improve our expertise in government to ensure that we are getting the most out of our resources and really utilizing them effectively. With that in mind, I created a new Flipboard a few months ago specifically focused on big data in government. Earlier this year, the state partnered with Big Data Utah, a Geek Events user group, to support a big data competition on air quality. With our high mountain valleys and regular winter inversions, air quality is a major quality of life issue. We had about six teams work on 300-400 data sets in a big data environment and develop some really great proposals. We are working on a business case to address big data more effectively as a state enterprise looking at a wide range of government-related issues. 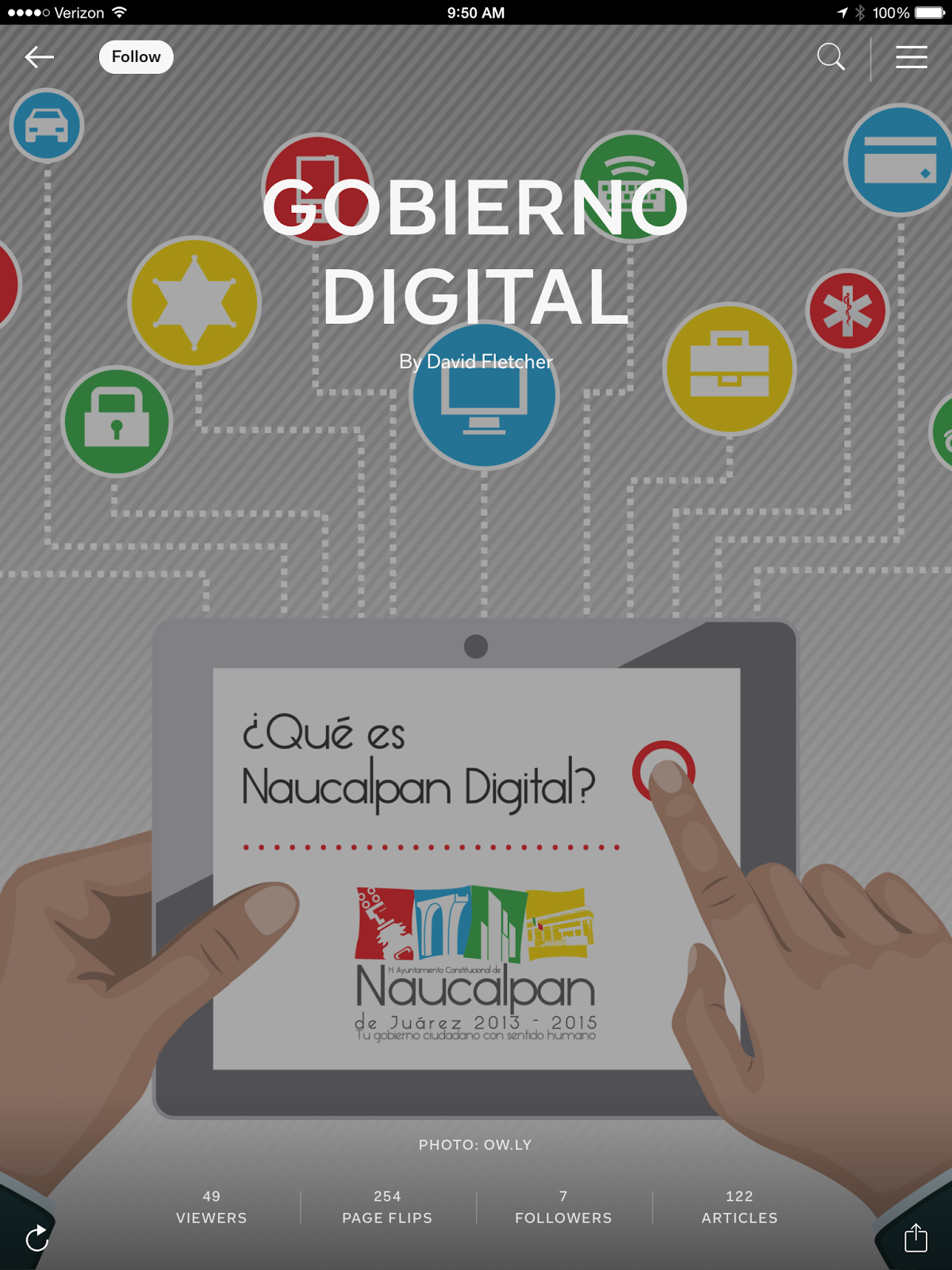 Over the last 20 years, I have been fortunate to interact with many digital government employees from around the world, including many in Spain and Latin America.  With that in mind, and with the growing interest among Spanish speakers in digital government and open data, I also created a Flipboard aggregation of news about the topic in Spanish called Gobierno Digital.  It keeps me up to date on developments in those parts of the world, many of which are quite innovative. I have, for example, been quite interested in what Mexico is doing with its Estrategia Digital Nacional, hoping that it can have a positive impact on the country. Alex Howard, aka @digiphile, recently did a great interview with national coordinator @alelagunes. Barcelona, Spain continues to impress me with its innovation culture.

Last spring, not long after Utah developed the Ontime.Utah.gov app for Google Glass with Utah Interactive, there was a huge amount of interest in wearable technology. I did interviews with Chris Dorobek, Government Technology, Mobile Marketer, and others. Since that time, the interest has tapered off substantially. Months later, Glass is still in open Beta, and the future seems a little uncertain. Some suggest that it is a failed experiment, although others affirm that Glass will return in 2015 with a new platform. Regardless, wearables are a piece of the future, particularly with a nationwide effort to equip law enforcement with new body cams.