As I survey the landscape of digital government around the globe in 2013, there continues to be plenty of progress as government agencies recognize the value of making services and information available online.  In Utah, 2013 was a year of significant growth.  On one hand, we are experiencing record numbers of visitors to our Utah.gov domain, while on the other hand I am seeing some slowdown in the number of new services being added to our portfolio.  The open data movement has been a big driver globally.

In the midst of supporting all of the numerous business changes that occurred in Utah in 2013, there were also some major egovernment accomplishments. 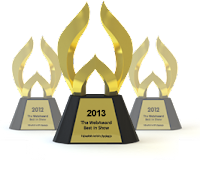 Here is last year's top ten in Utah digital government.
Posted by David at 11:36 AM