The Phenomenal Success of Jobs.Utah.gov 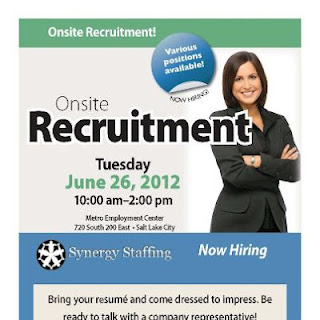 In reviewing the metrics for the Utah.gov domain for 2011, not many things stand out more than the number of online job referrals issued.  The Department of Workforce Services (DWS) has done an amazing job of using technology to help get people back to work in Utah.  It is totally committed to the online channel and to in its support of Governor Herbert's priority of building the economy.

In 2011, 10,481,154 job referrals were issued online.  That's a big number.  It's over a million and a half greater than the number in 2010, which was already significant.  It's also helped keep Utah's unemployment numbers well below the national average.  Making it simple for job-seekers to connect with Utah businesses is not just important, but critical to driving Utah's economic success.

Arkansas has done a great job with their website.  In 2011, they were rated #1 in the Best of the Web competition by the Center for Digital Government.  Their site is well-designed and has many useful services.  DWS.Arkansas.gov provides many similar services to the Utah jobs website. It is colorful and friendly.  It certainly does a good job of serving Arkansas citizens.  And, Arkansas has done a good job of keeping people employed with a jobless rate that is almost a full percent below the national average.

Certainly, there are many more factors involved in statewide and national employment.  I'm simply using this example to encourage states to continue to innovate.  We're still just scratching the service of what is really possible.