Road Map for the Digital City 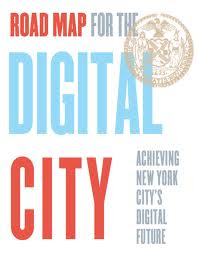 On May 31st, New York City's Chief Digital Officer, Rachel Sterne sent me a copy of NYC's "Road Map for the Digital City: Achieving New York City's Digital Future". The document is a masterpiece at portraying the current status of digital government in the city and identifying key, realizable objectives for taking New York to the next level where it will be among the nation's leaders in digital government. This is a very good thing for all of us who live in the egov world. In just a few months NYC has gone from average to a position of leadership which will help drive us all forward. One of the great things about it is that Rachel appears to have the full support of Mayor Bloomberg, "We want New York City to be the nation's premier digital city..." If more political leaders shared that perspective and drive, we would see major improvements not only in the operations of government and the efficiencies that it provides citizens, but we would also see greater improvements in the upward trending of the innovation economy which is absolutely critical if this country is to get out of the funk that it has been in.
Posted by David at 4:49 PM