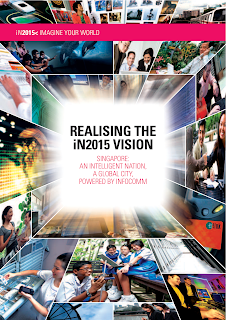 I am currently looking at innovations across the country to glean ideas that we can build on within Utah government over the next decade. We have been able to leverage technology to save many millions of dollars for state government and I am very certain that there are still many opportunities that will produce incredible results over the next ten years. Many of these innovations have not yet been identified so we are currently working hard to identify those that we can implement in 2010 and 2011 while also creating our ideas database for the decade. This year is particularly challenging because I have not yet seen many, if any, examples of what it is that we want to create that will elevate and expand our digital community.

Most of what I see in the growing number of egovernment bulletins and publications is more of the same, the latest government experiment with second life, some new online services, more use of social media. Nothing wrong with any of these, except that we can stop pretending that they're innovative. We've been doing these things for years now. Some of these innovations have become very mainstream and common; even most counties and city governments now use Twitter and Facebook; how effectively is another question. I'm not certain when virtual 3d environments will become more common or whether government in Second Life will ever become ubiquitous. I'm thinking that the platform will have to change before that takes off.

The rest of what makes up egovernment in 2010 has become pretty standard across government, online services and information is the norm, while the presentation and search tools continue to improve, the improvements are mostly incremental. The egov community has grown tremendously thanks to Govloop and Twitter with collaboration reaching a crescendo these past two years. Last year, augmented reality looked like it held some promise and it still may. The semantic web is still ahead of us in terms of data integration to its fullest degree at an enterprise level as well as between government enterprises.

There are still innovations to be had, but the best of those seem like they will require more work on the back end to really make them successful. I believe that for egov to reach its zenith, it will need to force a more serious restructuring of government at a larger level that extends across tiers of govt.
Whether those of us in the U.S. realize it, there are some great innovations happening all over the world right now in this area. Just look at the ambitious goals outlined for Singapore in iN2015:
Although those goals are not necessarily egovernment goals, they are promoted through digital government and will have major impact when achieved. I have been fascinated to see where innovations are cropping up in places like Veracruz, Mexico, Peru, Estonia, Bahrain, etc.
Related Links
MIT World - The Future of Government - Citizen Engagement
Y Xu - E-Government: Innovation in the Public Sector
Architecting the Connected Government: Practices and Innovations in Singapore
Posted by David at 2:19 PM