I'm Ready for the 5S 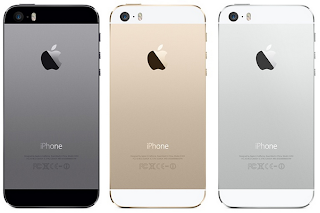 Yes, I am still using an iPhone 4. Personally, I don't like changing phones too often.  It takes time.  Right now, I only have about 330 apps on the iPhone because I had to remove quite a few as I ran out space on the 32GB model that I am using.  That's just not enough.  A large share of the apps are state and local apps here in Utah and that number just keeps growing, including a new app announced today for the city of Sandy. The 5S, announced yesterday, looks like an attractive upgrade, a major increase in speed from the 4 and the new camera which will certainly help with all the visual (photo and video) content that we are porting to the web these days. Touch ID is certainly something we want to look into and see how well it works.  With so many attack vectors these days against state government, any improvements we can make in security are important.  NextGov has alluded to some potential concerns with biometric authentication on mobile devices.

iOS 7 also looks like a great upgrade and I am looking forward to it. ZDNet listed 10 new features for the enterprise in an article this morning.

The case for mobile computing in government is strong. We have one department that can report an ROI of two days or less for tablet purchases based on the efficiencies gained by their field workers.

The Utah Department of Agriculture and Food (UDAF) just published their new responsive design this week and it is really focused around supporting their mobile users.  Farmers and food producers will be able to make much better use of it's easy to use mobile features!
Posted by David at 2:24 PM