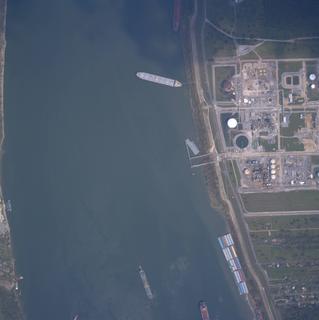 One of the things that we learned so well during Y2K was the intereoperability and dependencies of various systems on each other. We are relearning that with Hurricane Katrina. I was doing a flyover of the New Orleans area using Google Earth, looking at refinery sites, etc. and the critical infrastructure that has been impacted by this catastrophe. According to DOE, about 10% of the nation's refinery capacity is still offline 5 days following the hurricane. The electrical outages are a big problem, not only for the refineries, but also for the major pipelines. Investors.com gives a good overview of the situation.

NOAA has made very detailed imagery of the hurricane's aftermath available on their website. If we have done our job in assessing critical infrastructure, the federal government should be able to identify all critical facilities in the region that were potentialy impacted. They should all be in a database somewhere, geocoded with information regarding the impact should that critical facility go offline. I have seen estimates as high as $100 billion associated with rebuilding the area. It could even be higher than that.

The Chevron facility in Pascagoula appears to be the largest refinery impacted by Katrina. Chevron is setting up a tent city for their employees affected in the area. Although the facility is still out of service, reports suggest that the impact was "not catastrophic."

The New York Times presents a good overview of the impacted oil industry in the area.
Posted by David at 11:36 PM