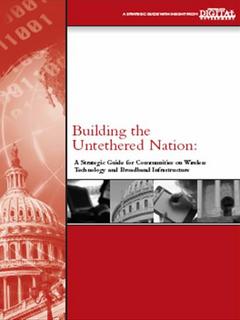 The Center for Digital Government has published a guide for wireless initiatives in the public sector called "Building the Untethered Nation." You have to register to gain access which I generally decline doing, but in this case I thought it might be worth the effort particularly since we are in the midst of defining where we want to go in the wireless broadband arena and this document provides an organized approach.

With Hurricane Katrina hitting so hard, take a look at the websites of the cities that were impacted.